At the turn of the 20th century, growers across the country faced increasing difficulty finding reliable sources of quality seed. Extension agents and researchers were steadily developing improved varieties of crops, but no labeling system existed that would standardize quality across counties or state lines.  In 1919, agents from several states met in Chicago and formed what is now the Association of Official Seed Certifying Agencies (AOSCA).  This national association executes the regulations laid out in the Federal Seed Act, enacted in 1940.

Unofficially, seed certification in Oregon began in 1916 with potatoes, and quickly included small grains and bentgrass.  State legislative action taken in 1937 authorized and required the Dean of the College of Agricultural Sciences at Oregon State University to initiate a program for certification of seed in Oregon. This responsibility has been carried out by the establishment of the Oregon Seed Certification Service (OSCS), part of the Extension Service and the Department of Crop and Soil Science at Oregon State University.

Today, OSCS maintains certification standards and performs inspections for potatoes, cereals, grasses, legumes, sunflowers, mint, and several other seed crops.  About 250,000 acres are certified annually across Oregon, with seed destined for both domestic and international trade. 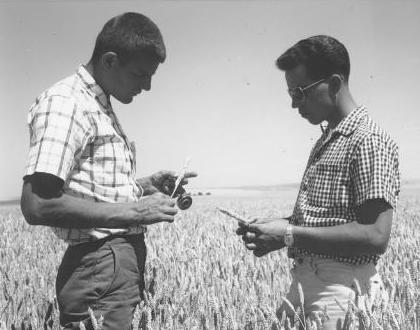 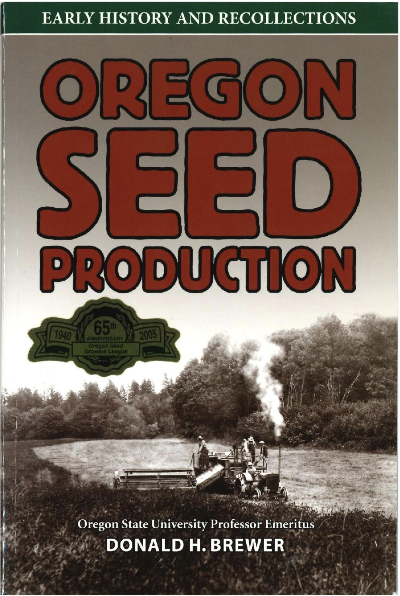 In 2005, former Oregon Seed Certification Service Manager and Professor Emeritus, Don Brewer, published the book Early History and Recollections: Oregon Seed Production.  As a leader with direct industry involvement for 32 years, Don chronicles his personal experiences in the field and among seed growers, researchers, and industry leaders to provide a colorful history of seed production in Oregon. Contact the OSCS office to find out how you can get a copy!